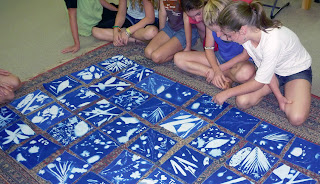 We started out Day Two at River School in Maleny admiring our cyanotype work from the previous week. The little swatches of cotton fabric had become a rich and luxurious shade of blue with subtle shading around the natural objects we had used to create them.
During the week Renata had photographed all the swatches. Judy had played with these images, creating patterns that had been printed  on paper for the day's activities. 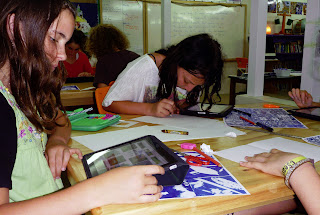 We started out with the idea of making shapes out of the cyanotypes- with stencils, or cutting out - and adding drawing and text to make a message that said something about the environment. 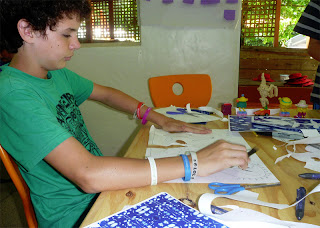 It was amazing to see how much thought the children put into this, and there were some great results that will be included in the books that will be exhibited in Caloundra at the Treeline exhibition in May. 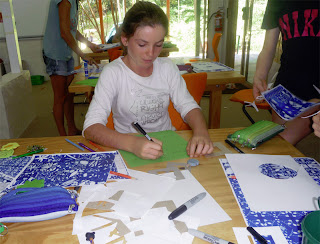 The children at the River School spend their days in a very special environment of a beautiful natural landscape and a school culture that embraces caring and conservation values, so they needed very little help to think of ideas and themes that fitted with the Treeline objectives. There was also a bit of humour and fun. 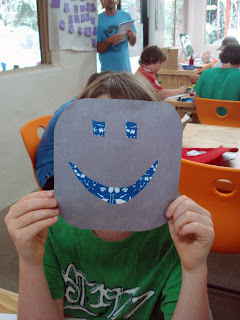 Renata made an exceptional contribution by spending all the hot day in a small space scanning the work as it was produced. Thanks Renata!
After lunch the children were asked to take a few minutes to write something about their involvment in the project. This was a task they took seriously and excerpts from their stories will be included in the books in the exhibition. Part of the process of participating in an art project like this is contemplation of what's been learnt and what might be the implications for the future, so it was rewarding to see  the children take the time to think a little on what we'd done. 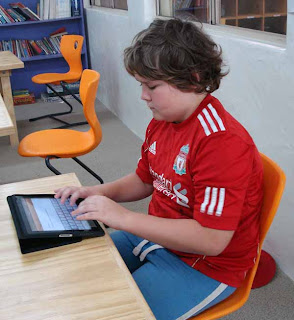 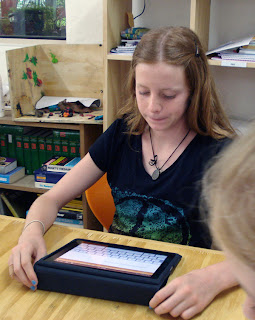 There was also some productive fun to be had with the box of toys Judy had brought. We used the cyanotypes as backdrops in some scenarios, and some of the little tableaux had a serious message. 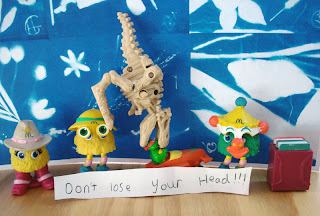 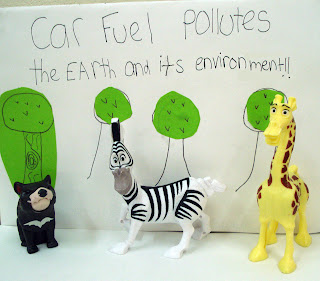 A very big thanks to The River School, to the students in Year 7, and especially to the two remarkable teachers Josh and Tracy who participated in Treeline along with the students.

Posted by Juanita Deharo at 3:31 AM